During the Second World War many British towns and cities suffered extensive damage from aerial bombing by the German Luftwaffe. Industrial assets - including factories, railway stations and ports - were targeted by German forces in an attempt to disrupt Britain's production of armaments, munitions, aircraft, vehicles and ships, along with the movement of troops. Aerial warfare was indiscriminate, if bombs were aimed at a particular industrial complex they could fall miles off target, through poor navigation and bomb-aiming or weather conditions. Area bombing saw significant numbers of aircraft formed overhead to saturate air defences and areas 'blitzed', damaging and destroying large urban areas. Residential areas close to industrial facilities were hit particularly hardly. Many homes suffered direct hits from bombs and incendiaries, which set fire to the house. Others, survived a direct hit but suffered blast damage from high explosives. With the end of the Second World War there was a shortage of available housing for displaced residents in many British towns and cities. Raw materials were in short supply and rebuilding would take time. A short-term solution was sought by the Government, which invited designs for prefabricated homes that could be manufactured quickly and at a relatively low cost, and could be easily and swiftly installed. Some 150,000 prefabricated homes were built in Britain after the Second World War. Although intended for temporary use only, many remained in use for decades. Today only a handful remain in Britain in anything close to the original construction and appearance. English Heritage has... Read more »
Tags: Housing, Post-war, Prefab 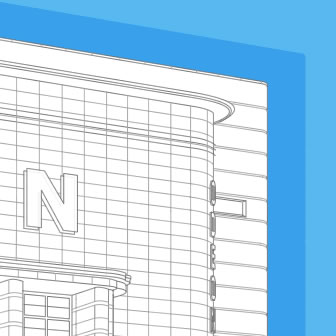 The Odeon Cinema Dudley was built on a plot opposite Dudley Castle and opened on 28 July 1937. The cinema stands on Castle Hill, which rises from Birmingham Road to Dudley Town Centre. The cinema was designed by Harry Weedon and Budge Reid of the Weedon Partnership in the Odeon house style. The general outline of the design is similar to many Odeon cinemas, including Swiss Cottage in London, Bolton in Greater Manchester, and Loughborough in Leicestershire. The symmetrical design of the cinema is in a single, brick-faced block outside a steel, inner frame. Both corners of the front elevation feature gently curved corners, the corners distinguished by horizontal channels forming bands of brick that rise the full height of the building. Projecting from the main block is a lower frontage with subtly curved corners. The frontage is clad in cream faience tiles. The faience tiles are grouped with two vertically aligned rectangular tiles forming a square, separated by prominent horizontal and vertical pointing between the faience tiles. At ground floor level the base is clad in black tiles, and above with the same cream faience broken by prominent horizontal green faience bands. The front elevation has five deeply recessed window openings, surmounted by a moulded canopy. Below the windows is a cantilevered canopy beneath which are five doors in recesses mirroring the window recesses above the canopy. Above the window canopy, the five letters of the Odeon name are aligned with the recesses for the windows. Smaller letters, aligned vertically, spell... Read more »
Tags: Cinema, Streamlined Moderne 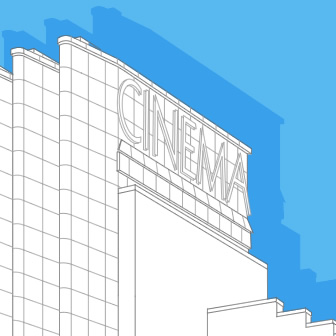 Located at the convergence of six roads in Kingstanding in Birmingham, the Odeon cinema stands out as a dramatic building as it is the tallest building within the locality. As the cinema is surrounded on both sides by roads it dominates the environment. Designed by Harry Weedon and Cecil Clavering and built between 1935 and 1936, the cinema is one of the best surviving Odeon cinemas in Britain and represents one of the finest works of the Weedon Partnership. This area is particularly fortunate to have two of the most significant surviving Odeon Cinemas in the country; within a few miles of Kingstanding stands the Odeon Sutton Coldfield. Unlike many other Odeon cinemas the Kingstanding cinema employs a symmetrical design. A central section of three slender faience (glazed tiles) fins rise behind the curved, cantilevered entrance canopy with large "Odeon" lettering. The top of the outermost fins features "CINEMA" lettering. Projecting from the main body of the building is the main frontage again featuring faience; the corners are gently, elegantly curved. The main body of the building is of brown brick, the front corners are again subtly curved. The frontage features prominent horizontal banding which flow across the curved canopy from one side of the building to the other. The roof-line of the main body of the building, of brown brick, rises in steps to abut the central fins. The cinema was closed on 1st December 1962 and converted into a Top Rank Bingo Club. Today the building still serves as a bingo... Read more »
Tags: Cinema, Streamlined Moderne 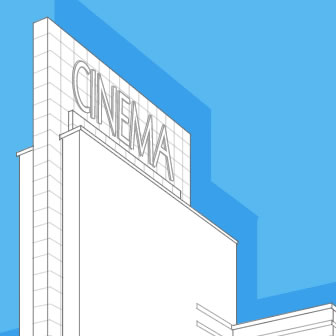 One company more than any other in Britain brought Modernist architecture to the attention of towns and cities across the country. The Odeon cinema chain owned in excess of 250 cinemas prior to the Second World War. Oscar Deutsch had commissioned the firm of Weedon Partnership to design a cinema in Perry Barr, Birmingham. The style of that cinema was so well received by Deutsch that this became the in-house style for the three hundred cinemas designed by the Weedon Partnership. The cinema in Sutton Coldfield, near Birmingham in the West Midlands was built in 1935 - 1936 to plans by Harry Weedon and Cecil Clavering. The design of the cinema was dominated by a central "fin" with large "CINEMA" lettering at the top. To the west was a two-storey block with tiled frontage, housing the double-height foyer. To the other side of the fin was the main entrance, above which the corner of the building curved elegantly to bisect the eastern projecting wing of the cinema, itself elegantly curved. The geometric style Odeon lettering featured prominently on the left and right hand frontages. Much of the frontage was covered in cream tiles, broken by horizontal bands of green tiles, the rest of the building was faced with brown brick. The horizontal banding was replicated on some of the brickwork producing a "ribbed" effect, on the fin and also the lower storey of the eastern-most part of the building. The Odeon Cinema in Harrogate is a virtual copy of the Sutton Coldfield... Read more »
Tags: Cinema, Streamlined Moderne 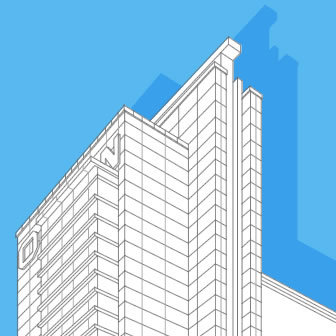 The former Odeon Cinema stands on Skinner Street in the centre of Wolverhampton. The Mayor Of Wolverhampton, Sir Charles Mander, officially opened the cinema on 11 September 1937. The cinema was designed by Harry Weedon and P.J. Price. The design was distinguished by a main tower. Set on the left hand side of the building the tall, slender tower features two projecting vertical 'ribs' clad in black faience. The front of the tower itself is clad in buff faience while the sides are characterised with projecting vermilion red horizontal 'ribs'. The 'ribs' terminate just short of the full height of the tower to allow the 'Odeon' name to be displayed prominently. At ground floor level the main entrance sits beneath a projecting canopy which terminates to the left in a 180 degree curve, and to the right in an elaborate 'scroll'. The entrance is clad in black faience with slender horizontal bands of green faience. Advertising boards are located either side of the main entrance. Above the canopy, the facade is clad in three vertical bands of buff faience separate by projecting brick piers. The central band is double the width of the outside bands and is broken mid-height by two slot windows. The uppermost section of faience is broken by further vermilion red horizontal 'ribs'. To the right the auditorium is stepped down in height. Its facade features five tall, double height windows, surrounded by black faience - broken with further horizontal bands of green faience - set into a projecting... Read more »
Tags: Art Deco, Cinema

A celebration of Modernist architecture in Britain